Doing some true-crime bingeing in the run-up to Halloween and got into a Ripper groove on Amazon Prime. I'd seen some of these docs and features before but a couple were new to me, as was one of the feature films.

I was contemplating ranking these but their usefulness to the viewer is fluid based on previous knowledge of the Ripper story. What feels like a boring retread to me, a jaded historical crime aficionado will still prove fascinating to the neophyte.


Jack the Ripper: The Definitive Story
Despite some very dodgy green screen in the re-enactments, this one does a pretty good job.


The Secret Identity of Jack the Ripper (1988)
This ‘80s transatlantic television special brings together a panel of experts, including Mindhunter John Douglas and Roy Hazelwood who present thier F.B.I. profile of Jack the Ripper. Bonus points for being hosted by Peter Ustinov.


Jack the Ripper: Tabloid Killer
The Whitechapel Murders through the eyes of the popular press. Decent production values, fairly factual, though I don’t agree with all the facts they either claim or dismiss. Always love me some Magic Lantern slides.


Jack the Ripper: The German Suspect
Modern experts in crime and forensics examine a unique, if unlikely suspect A major stretch, as is often the case with Ripper theories. A step down in every respect.


The Diary of Jack the Ripper (1993)
Presented by Michael Winner and narrated by Tom Baker, this doc examines the 1991 hoax.

A Ripper in Canada: Paranormal Hauntings in the Great White North
Well, if Jack the Ripper didn’t escape to New York maybe he headed further north to Canada. Nope and after the Ripper nonsenses this no-budget program goes full ghost hunter, and you should never go full ghost hunter.

Jach the Ripper (1959)
Decent indie flick with a solid cast. 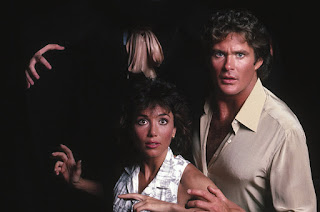 Jack the Ripper: The London Slasher (2015)
German, with a decent budget and a convoluted script. Our heroine newly arrived in London, learns her brother has been accused of being Saucy Jack. As with many of these “based on true events” style films, the less you know about the real facts of the case the better, as fiction and truth are twisted, mangled and merged in service to a period set, but thoroughly modern thriller. Basically, a German Blumhouse.