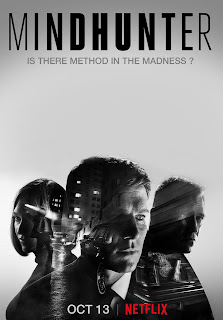 Watched the first half of this when it first came out, decided to hit it again and while the production values are high and most of the performances are terrific the script frequently, and increasingly, gets bogged down in fictitious domestic drama that seldom rings true. This combination of procedural and soap opera is hard to get right and Mindhunter has more fast forwardable scenes then it should at this level. It’s likely what makes it at least an episode too long, which it has in common with too many “limited” series these days. Still, overall an excellent series. 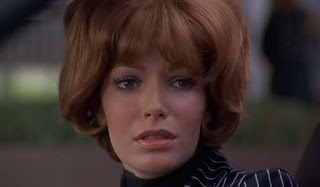 Charlies Angels - Night of the Strangler (S1 E3 1976)
A ritualistic sex killer with a clown doll fixation murders a fashion model and the Angels are on the case. I was hoping for a creepier vibe with this one. Still a decent episode. 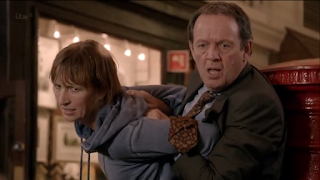 Inspector Morse spin-off’s 6th season opener presents Inspector Lewis with a murdered researcher turned psychic. Nothing spooky, nothing new or unique, nothing interesting. When did British mysteries become so boring, predictable and preachy?

While the days of the History Channel being the all Hitler and WWII network have passed, the scourge of National Socialism is still hot fodder for documentarians of all kinds. From the Nazi / Occult sub-genre (popularized by Raiders of the Lost Ark) comes Hitler and the Holy Lance, and it's pretty good as these things go. 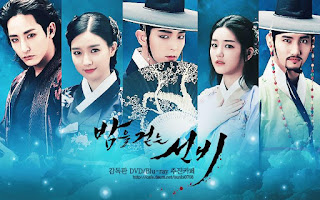 The Scholar Who Walks the Night (2015 Asian Crush)

Korean historical romance with supernatural flourishes. if that description floats your boat then I highly recommend checking out this series. It’s not action-packed or particularly spooky but it’s fairly well made with solid performances. That said, it’s a bit slow for me and I’ve only made it through a few of the twenty episodes so far with no burning desire to get back to it. 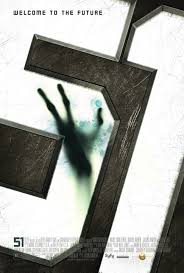 As is Area 51. Syfy original that's good enough to leave on in the background but not worth paying much attention to.