I like to keep my Halloween traditional. I like spooky, eerie, creepy, macabre. Supernatural, paranormal, unknowable. Hauntings, mysterious occurrences, things that go bump in the night. Give me vampires, witches, ghosts and ghouls. Seance's and haunted woods and abandoned houses. I'm not so much into the slashers and the gore and the Kaiju and the jump scares and "it goes to eleven" volume of Haunted Attractions. I like most of these things, I just don't consider them quintessentially Halloween. Yes, I know I am an outlier.

I also want to get back into blogging, and before October, but I don't want to start marathoning Hammer Horror or re-reading classic Lovecraft just yet.

Thus I'm Pre-Gaming Halloween. Throughout September I’ll be covering other types of horror in the lead up to actual Halloween blogging time. True crime, sci-fi, bad horror movies, horror movie rewatches and re-assessments, creature features, spooky tv episodes, kids' stuff ... all things that I might avoid in October as I try to maximize my Halloween experience, but that are all at least horror adjacent.

What these posts will mostly take the form of is a log of the stuff I watch read and listen to with a dash of commentary. My selection process will be pretty much random, just what I find as I browse around streaming services and my collection. Hopefully, my dear readers will find something useful in these recommendations, warnings, and asides.

I first became aware of true crime historian Martin Fido through my teenage obsession with the Jack the Ripper murders. It was years later when a friend from the UK sent me a disc full of airchecks from a late-night radio show Fido had appeared on. Each night Fido would share a tale of murder most foul under the title Murder After Midnight. Stranglers, poisoners, shooters and, of course, rippers, a cornucopia of man’s inhumanity to man. Though I don’t always agree with his assumptions and opinion-based conclusions, Fido is a fine researcher and compelling storyteller.

Fido’s written a number of books but, thanks to these shows, I’ve become a fan of his audiobooks, as read by the man himself. Loads of his Murder After Midnight scripts have been re-recorded and are widely available to purchase or stream. After binging on a bunch of the radio shows, I finished off my true crime evening with an expanded version of one of the first Murder After Midnight episodes I’d heard - 10 Rillington Place.

So, here in the TV posts, I’ll be taking a fairly random ramble through tv series to find spooky sounding episodes that I, usually, haven't seen before. Not Halloween episodes but ones with some sort of horror theme. 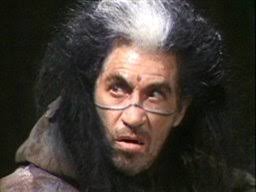 When this first series of Blackadder hit A&E (here in The States) back in the day it was a revelation, now most consider it perhaps the third or fourth-best series but at the time it was the merde. In this episode, Frank Finlay guests as a Witchfinder summoned to rid the Kingdom of the supernatural forces bringing a plague upon the land. Hilarity ensues. 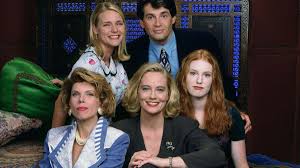 Cybill Shepherd sitcom where I feel the lead is sometimes the shows weakest link, though honestly outside of Christine Baranski the actors are all either uninspired, unprepared or just very poorly directed. In The Curse of Zoe, the only real voodoo is whatever dark art has brought Chuck Lorre to the pinnacle of his industry with such an aggressively mediocre body of work.

Anyway, the plot showed real promise. Struggling actress and divorcee Cybill's life takes a surprising turn for the better when angsty teen daughter Zoe (Alicia Witt) leaves to live with her Dad. Once at Dad’s, her negative vibes become a millstone around his neck as well. There's also a limp psychic subplot. What could have been a deliciously dark comedy where the entitled brat is literal poison to her family is instead utterly meh. 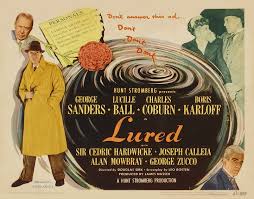 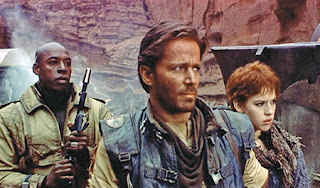 Originally expected this to be a crappy Star Wars knockoff but seeing it was an Ivan Reitman production I shifted to wondering if it was a spoof, and in the end, it was a bit of both. At first, I thought I’d be filing this under Bad Movies but I really enjoyed it - as good cheesy B-Movie fun. Probably would have been even better in its original 3D. If this had not been released just ahead of Return of the Jedi I’d wager it would have a much better reputation. 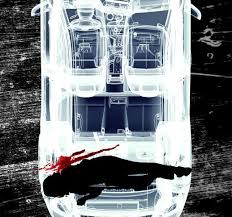 What would you do if you came back to your car and found a dead body in the trunk? Huh? Asking for a friend... plus it's what this indie thriller opens with. Not great but I'm grading on a curve and putting it here instead of the next section because the filmmaker shows promise and God knows I've seen worse...today.

Here I’ll be watching, or at least attempting to watch, movies that, on the surface, seem like they're going to suck. Why? Because I’m a masochistic horror completist and if I’m going to subject myself to this garbage I at least deserve the catharsis of shaming them or even perhaps praising them, to the world.

Here I'll tackle a film I've seen before to see if I love or hate it any more or less this time around.

An unfathomably bad and utterly unnecessary remake of one of my favorite John Carpenter flicks. Does literally everything wrong. Everything. Gross incompetence, actually still makes me a little bit mad. Did not improve with age.