An Asylum joint. Real estate horror. Not the worst thing they've put out, by far, but not at all good.

Found footage. Something interesting probably happens at some point, some point after I gave up waiting. 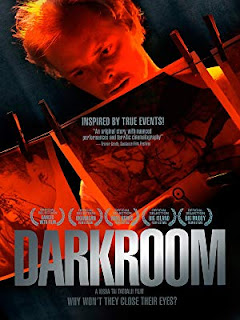 After four crap films, I had to go with something more familiar. Hadn't seen this giallo in ages so it was pretty much new to me. Sooo much better. Saved the night.

Maybe I need to filter out anything made in the last ten tears. Despite five decades of technological advancement and an explosion in film literacy sine Evelyn came out of her grave, so many modern indie filmmakers just can’t seem to make a baseline watchable movie.